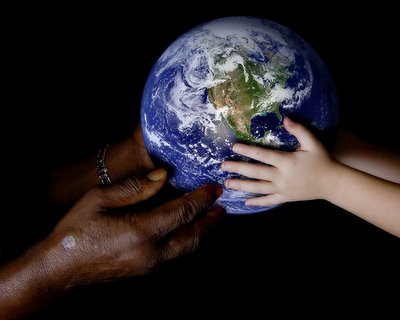 This morning I watched the dashcam video released by the Charlotte, NC police department. I saw it posted on facebook last night but I didn’t watch then. I was afraid, afraid of what I would see and what it would mean. Safe inside this white skin, I needed the video to show justice. The good guys would be good and the bad guys would be bad. That’s how the world is supposed to operate. Those sworn to serve and protect are trustworthy. If they kill, it’s because they have no choice. If the bad guys would “just do as they are told, no one would die.” I needed that video to show the bad guy aiming a gun and refusing to cooperate. I needed to see the good guys in danger, having no choice but to take the life of a very bad person. I needed the video to support the narrative that would keep my world spinning on its axis in the right direction. In the absence of video footage, there was still hope.

This morning I opened facebook and quickly scrolled past postings of the video, instinctually protecting the veil of ignorance that has covered this fragile heart for 50+ years. With a warm mug of coffee and my sweet little Sadie, I sat for hours on our backporch surrounded by sounds of birds fussing at squirrels and the first dried leaves floating softly to the ground. I posted inspirational quotes about love, boastful quotes about my children, and funny videos of toddlers and puppies. For a few short hours, the world spun and all was well with my soul. If only I could have stayed in that space. As a white woman, I could have. I could have watched the video and ignored what I saw. I could have repeated the mantra I’ve heard so many times, “something happened that the video doesn’t show”. Repeated enough times, I could begin to believe it. My soul is desperate to believe it. I’m certain in the coming hours and days, I will read justifications posted by those who also need to protect the veil. Many are not equipped to see the reality or to ponder what it all means in the greater scheme of things. If our basic understandings of “right vs wrong” and “good vs bad” are proven false, where do we go from here? Nothing in my sheltered life has prepared me for the reality that this video reveals.

I felt the world stop.

There is no justification. There are no excuses. None.

Video footage of a man shot down ripped a gaping hole in my veil. I can no longer pretend the world spins in the direction I yearn for it to. It’s no longer enough to believe that “I’m not prejudice. I don’t see color. We are all alike.” It’s no longer okay to justify, explain, argue, or ignore. It’s no longer enough to tend only to my own heart. I have to open my heart to the pain and raise my voice for those who are weary of raising theirs. I will continue to love harder but I will also love louder. I will no longer let my fear of saying the wrong thing keep me from saying anything at all. I won’t pretend that I can fully understand what it’s like to be Black, but I won’t pretend that my heart isn’t hurting too.

Today I’m going to look for the helpers. I’m going to make sure my children know I love them. I’m going to hold my husband a little closer and hug my friends a little tighter. I’m going to be mindful of my blessings and consider ways to share these blessings with others. I’ll google opportunities to volunteer, to support, and to learn. I’ll take a deep breath, step out of my comfort zone, and find my footing once again. The world is spinning in a different direction now. Perhaps this will be the right direction for all of us.

a guide to constant growth

Reflections of Healing and Peace

Inspiration for soul-divers, seekers, and activists.

and hello to AWESOME

taste-based cooking for a plant-based diet

a blog by Allison Koscielniak, fall 2015

My travels and studies, Summer 2015